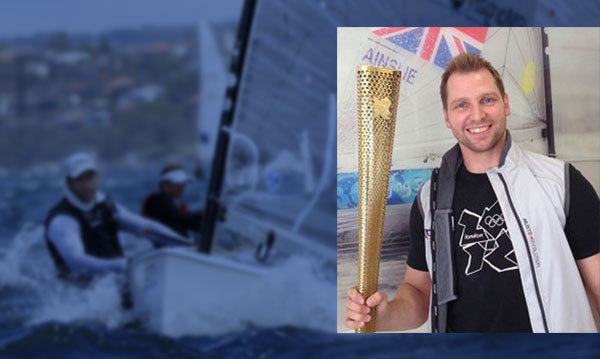 Struggling to get over the start line? 5 steps that will get you off to a flyer

Here’s a real treat for you. A guest post from Olympic coach Steve Gent MSc, BSc, CSCS. Steve runs his own High Performance Centre based at Goodwood Golf Course. He has all kinds of clients, young and not so young, sports amateurs and professionals, businessmen and those seeking their own kind of greatness. For over ten years he worked with Olympic and World Champions with a medal tally of 90 World & European Medals and 16 Olympic Games Medals. Here’s what Sir Ben Ainslie says about Steve . . .

“I have worked with Steve for over ten years through three successful Olympic campaigns. Steve’s technical experience, attitude and personality made him an invaluable part of our training squad. It was only through Steve’s guidance and support that I was able to reach the level of fitness required to win. Somehow Steve also managed to make this process fun and that is a unique experience for most people when fitness training.”

Let Steve, in his own words, tell this wonderful story about Sue

In 2008 I finished a hugely successful campaign with the British Sailing Team. Delivering 4 gold medals, a silver and a bronze, the team finished top nation at the Beijing Olympics. Within a month, the team had gathered – along with fresh recruits – ready for their 4-year journey to get selected for London 2012 and achieve Olympic ‘greatness’.

This is when I met Sue. She wanted to do something amazing. Something that no one else thought she was capable off. To succeed, Sue knew she needed to deal with the overwhelming magnitude of the mission, get some direction and boost her self-belief.

Was Sue going to get the opportunity to go to the Olympics?… Not likely! Sue was 62 years old, semi–retired and a member of the gym where I trained. A keen sailing fan and aware of my involvement, she introduced herself and congratulated the team. She told me about the stroke she’d had recently and her hip replacement. She was fed up with her body letting her down and fed up with people telling her it was her age. Ready to roll back the clock, Sue had recently joined the gym…but nothing was really happening.

That’s when she joked ‘was there any hope for her’? I couldn’t resist the challenge! Sue’s campaign for her own ‘greatness’ was off to a flyer.

Within 6 weeks, Sue was moving, looking and feeling better.  Almost 6 years later, Sue continues to benefit from her campaign. Her weekly exercise includes daily walks, indoor cycling sessions and resistance training. Twice a week she puts on boxing gloves to teach the punch bag a lesson and manages the occasional swim. She’s happy, her family is happy and so is her cardiologist.

Ask her what her best advice is and she’ll tell you… ‘use it or lose it!’

Good intentions to improve your health and fitness aren’t enough on their own. You have to go ahead and make things happen. If you want to avoid hanging around the start line…consider the following steps and get off to a flyer…

1. Get excited about your own campaign

Doing anything because you know you ‘should’ is never enough. The most successful people have a strong sense of purpose and intent. Although Sue knew that exercise would benefit her medical conditions, logic alone is rarely a great motivator. Instead I needed her to be really excited about how the benefits would impact her life. She made a list. Having the energy to entertain her grandchildren and pursue her passion for world travel were strong emotive benefits. Whenever her motivation was challenged, Sue had some rocket fuel to get her going.

Fundamental to crossing the start line is getting to it in the first place. The key to this is self-awareness. You have to recognise that you need to change. Accept responsibility for where you’re at and take positive action to progress towards where you want to go. I asked Sue to be really honest and list all the lifestyle behaviours that may be contributing towards her lack of progress. To ask herself ‘Is it working for me’? Sue surprised herself with the length of her list. But it helped her identify the areas that needed to change.

Once you ready to embrace change you have to define exactly what that looks like. Consider what do you actually need to do in order to achieve your wants. For example, Sue identified consistency as a behaviour she wanted to improve. So we agreed, her random exercise schedule would change. And we defined it. Monday and Thursday morning would be a resistance training class, whilst Tuesday and Friday would be hill walking for one hour with her friend. Being accountable to others also increased the likelihood of her attendance.

4. Believe you can make the difference

This is essential. If you don’t believe in yourself or that your efforts will have a significant impact, you are unlikely to ever give it 100%. Would it be too much for her?  Was it a waste of time? Too late to make a difference? This was Sue’s inner voice, always challenging her ability. To overcome this, I had her visualising her inner voice as her best friend, championing her efforts with courage and enthusiasm. And if any task overwhelmed her, she’d break it down into small steps and ask one at a time if that ‘step’ was ‘feasible’. It usually was.

When all is said and done, your actions will always speak louder than words. Appreciate that starting is the hardest part. Once you going, momentum requires less effort, especially as habits develop. If you truly want to get off to a flyer…do it today! Don’t delay. Make an appointment to see you GP, book a personal trainer, a physical therapist or an appointment at your local gym. Whatever is most appropriate for your circumstances. Seek advice and support. But whatever you do, take action. The time is now and it will be gone tomorrow.

All sounds pretty simple? Good… it should be. Getting off to a flyer needs to be a simple. ‘Take your marks……BANG’ If you over complicate it you’ll be left on the start line contemplating what might have been. Good planning and preparation is of course, important. But too often we just need to do the basics brilliantly.

Good luck with your own ‘campaign’.