SUCCESSFULLY COMPLETED! OVER £600 RAISED TO DATE

Don completed the 1 Million Step challenge on the 30 August 2018. The distance covered equates to 19 marathons. That's like walking from Lands End, up to Bristol, through to Birmingham, on to Sheffield, Barnsley, Leeds, York, Scarborough and along the North Yorkshire coast to Whitby.

So far over £600 has been raised both online and offline. Although the walking challenge finishes at the end of September, donations can still be made and gratefully received until the end of October (just click the blue button opposite). A huge thank you to all who have supported his challenge.

Diabetes UK is raising money to fund research to fight diabetes. Many of our gym members have diabetes or are pre-diabetic. One of our members, Don Gent, has taken up the challenge to help raise money.

His challenge is to walk 1 Million Steps over a 3 month period from 1st July to 30th September, a total distance of 473 miles!

Diabetes UK want a future where diabetes can do no harm. At the moment it does too much. Each week thousands of people in the UK suffer heart attacks, heart failure, stroke, amputation and blindness because of their diabetes. The Diabetes UK campaigns improve life for people with diabetes while their research develops new treatments, technologies that will, one day, find a cure.

Is there a cure?

At this time there is no known cure for Type 1 diabetes or Type 2 diabetes. However, Diabetes UK are funding pioneering, life-changing research into care, treatment and prevention, and working to find a cure for all types of diabetes.

How many people have diabetes?

in 2017 there were almost 3.7 million people who had been diagnosed with diabetes in the UK.

The cost of diabetes to the NHS is over £1.5m an hour or 10% of the NHS budget for England and Wales. This equates to over £25,000 being spent on diabetes every minute.

In total, an estimated £14 billion pounds is spent a year on treating diabetes and its complications, with the cost of treating complications representing the much higher cost. 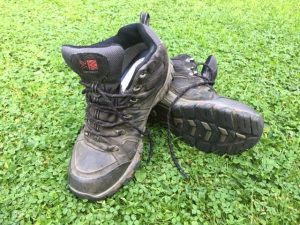 How you can help

You can support Don's challenge by making a donation. Any amount, no matter how small, will go towards research that will benefit millions of people and change their lives.